“Whatever hardships are, Everyone can use his incredible energy, this powerful thing which is the Resilience..” Aline Farran

I always thought with the greatest faith that Art had a healing power, of self-understanding. When I am listening a Music, I travel across the composer’s soul, across the times and cultures because music has no boundaries, no temporal limit. In a world that promote the physical instead of immaterial, Superfluous speech, Visible things and does not consider spirituality, prefer complicated things to simple things, Hypocrisy to Honesty, I think that’s important to make a break sometimes and start to appreciate and take the time to see the world differently, enjoy the world’s beauty without judgement, just live and feel it. 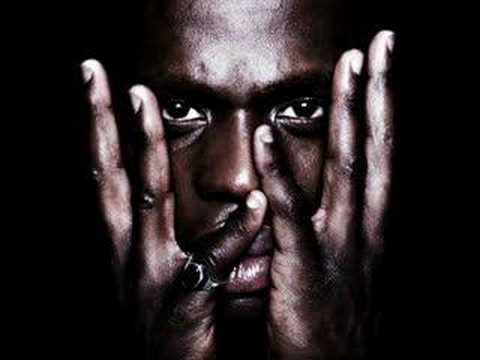 A quote from Kery James, French Rapper, which for me reflect this generation in the need to express themselves, to make share emotions and thought about life across music:

“Then, I wrote in emergency,
As if my life depends on it, Under the Ambulance’s sirens,
I wrote by instinct, to survive,
I found myself writing, in order to stand my life…”

But enough to talk about Men, because TODAY, the one who inspire me respect, humility and good sense it is this Women from Guadeloupe, One of the first Female French Rapper from 2000’s: Aline Farran alias LADY LAISTEE. Apart from the music, this women has built her life on a chain of events and familial failures. It’s across music she was trying to get away from troubles, share the deepest emotions hidden inside her and asking only to be heard. Her artistic path has been marked by the tragedies of her life BUT she proves us there is no only one outcome and conclusion to the misery and a good end is still possible.Contrarily to lots of people think about Rap music, with a closer look, we can find so much Love, Tenderness, Hope inside the lyrics, of course with modesty, but is it not the way people destroyed by Life can express what words can’t ? She has made something beautiful with bad stories, put colours in dark lyrics, this is the kind of artists who qui will give back to Rap Music the value he deserves.

The 3 albums of  Lady Laistee: Black Mama in 1999 inspired by the death of her brother,Hip Hop therapy in 2002 in collaboration with Joey Starr  and finally Second Souffle in 2005  further to the long  fight against her sickness.

I don’t stopped to watch TV Shows and Newspapers where she has been interviewed and where there were trying to promote her Autobiographical book released in 2015. But the point is that the only thing which attracted medias on Aline was the dramatic side of her life. Each Time I saw her talk about her story so easily, my heart is heavy, but hell, this woman is not a small and fragile nature, no it’s not a victim of alcoholic father, neither the poor woman who has been paralysed by the sickness , neither only the big sister who lost a member of her family. She has made her path and TODAY she is still there, trying to help the next generation to get out of troubles, inspire them the will to never give up Life. We should stop to identify women as weak people. Every story has a dark side but the most important thing is to put in evidence the BRIGHT SIDE. In her book “In the Light”, she deals with honesty, after forgive herself and her past, her path and the way she managed to bounce back. This book was a kind of big Therapy for her, a way to highlight her life. Far away from the picture of a Rebel Rapper, the Thousand Faces created by the Star System to sell, this autobiography let  drop the mask and reveal the Artist’s face, the one she tried to make up by feeling of shame and guilty, feeling herself responsible of what happened and of her family, being the biggest one.

Whether because of  Music she has taken as a shelter, her meets, of the fact she has been close to the death and finally to God, One thing is certain, she took every event as a way to grow up and has kept her head up, choosing to survive rather than die or dealing with drug. It is never too late to reborn, become better after have been down, this is her message and today she pass it one to young generations. The Happiness, it’s before all a choice and it demand to sustain it everyday.

To conclude, an overview of her sonf “if”, the one which touched a million of people and have launched her path. Believe me, in listening that you would probably understand why…

ENJOY AND BELIEVE IN YOURSELF EVERYDAY GIRLS 🙂